Popular posts from this blog

By Editor News August 09, 2021
What is PM-Kisan Yojna? PM-Kisan Yojna is a central government scheme launched by the Narendra Modi-led government in 2018 to help the farmers of the country. Under this scheme, the government provides income support of Rs 6,000 per annum to all the eligible farmer families. The fund is directly transferred to the bank accounts of the farmers in three equal installments each year. Here's how beneficiaries can check the status of PM Kisan Samman Nidhi 9th installment: Step 1: You need to go to the official website of the government https://pmkisan.gov.in/ and then go to the home page. Step 2: Click on the 'Beneficiary Status' option. You will get the 'Beneficiary Status' option on the top right side of the website.
Read more 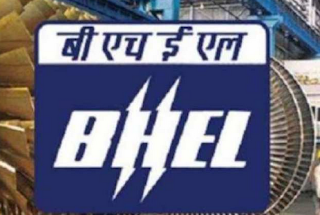 By Editor News May 06, 2017
Prime Minister Narendra Modi, and leaders of six South Asian countries — Nepal, Bangladesh, Bhutan, Afghanistan, Maldives and Sri Lanka — came together via video conferencing to hail the launch of the communication satellite from Sriharikota in Andhra Pradesh. All the leaders applauded as at 4.57 p.m., the GSLV-F09 rose into the sky from the second launch pad at the Satish Dhawan Space Centre at Sriharikota carrying the satellite. Pakistan had opted out, saying it has its own space programme, forcing a change in the name from Saarc Satellite to South Asia Satellite. In 2014, Prime Minister Narendra Modi tasked the Indian Space Research Organisation (ISRO) to develop a satellite for use by the Saarc countries.  Costing around Rs 235 crore, the satellite has a life span of over 12 years, and its objective is to provide communication applications in Ku-band for the user nations. Bangladesh Prime Minister Sheikh Hasina, Afghan President Ashraf Ghani, Bhutanese Prime Minister Tsher
Read more